In presenting the awards, JHUAN chairman, the Jamaican HU alum Don Christian, recalled the history of the scholarship program established in 2018, when the organisation was formally launch in the summer of 2018 – the product of a collaboration involving Jamaica’s Ambassador to the United States Audrey Marks and Howard University President Dr Wayne Frederick. The JHUAN chairman pointed out that the co-sponsorship by the Ambassador and the HU President called for an organization be formed to provide greater support to Jamaican students at Howard University. The scholarship program was established to provide additional opportunity for students of Jamaican heritage displaying extraordinary potential at Howard, explained Christian.

“My organisation is pleased to award 5 scholarships to the tune of US$25,000 to five deserving students attending Howard, pursuing various degrees.” He added that the applicants were all Jamaican-born and required to enroll as full-time students at Howard University; and must maintain a GPA of 3.0 and display both extra-curriculum involvement and leadership. “The scholarship program is a part of a bigger effort to inspire and empower extremely motivated Jamaican students to take full advantage of their experience at Howard University,” he was quoted as saying in the statement.

Meanwhile, in her keynote address at the ceremony, Ambassador Marks lauded the association for awarding the scholarships to five well-deserving students. “I am happy to see members of this organisation have come together to assist Jamaican students at Howard and for making this scholarship program idea now a reality. “I know this is very important for the awardees; this is the start of something that will make a difference in their lives and I’m so happy to be a part of it,” Ambassador Marks stressed, imploring the recipients to make full use of the scholarships as she looks forward “to what you all will become later in life”.

The embassy said she informed the awardees that she will be organising mentoring session for them at the Embassy and implore them to giving back to their country. Among those attending the scholarship awards ceremony were, Howard University’s Executive Vice President and Chief Operating Officer, Dr Tashni-Ann Dubroy, Scholarship Committee Chairman Marc Frankson, Mentoring Committee Chairman, Michael Chen-Young and Board Member Dr Jacqueline Watson. 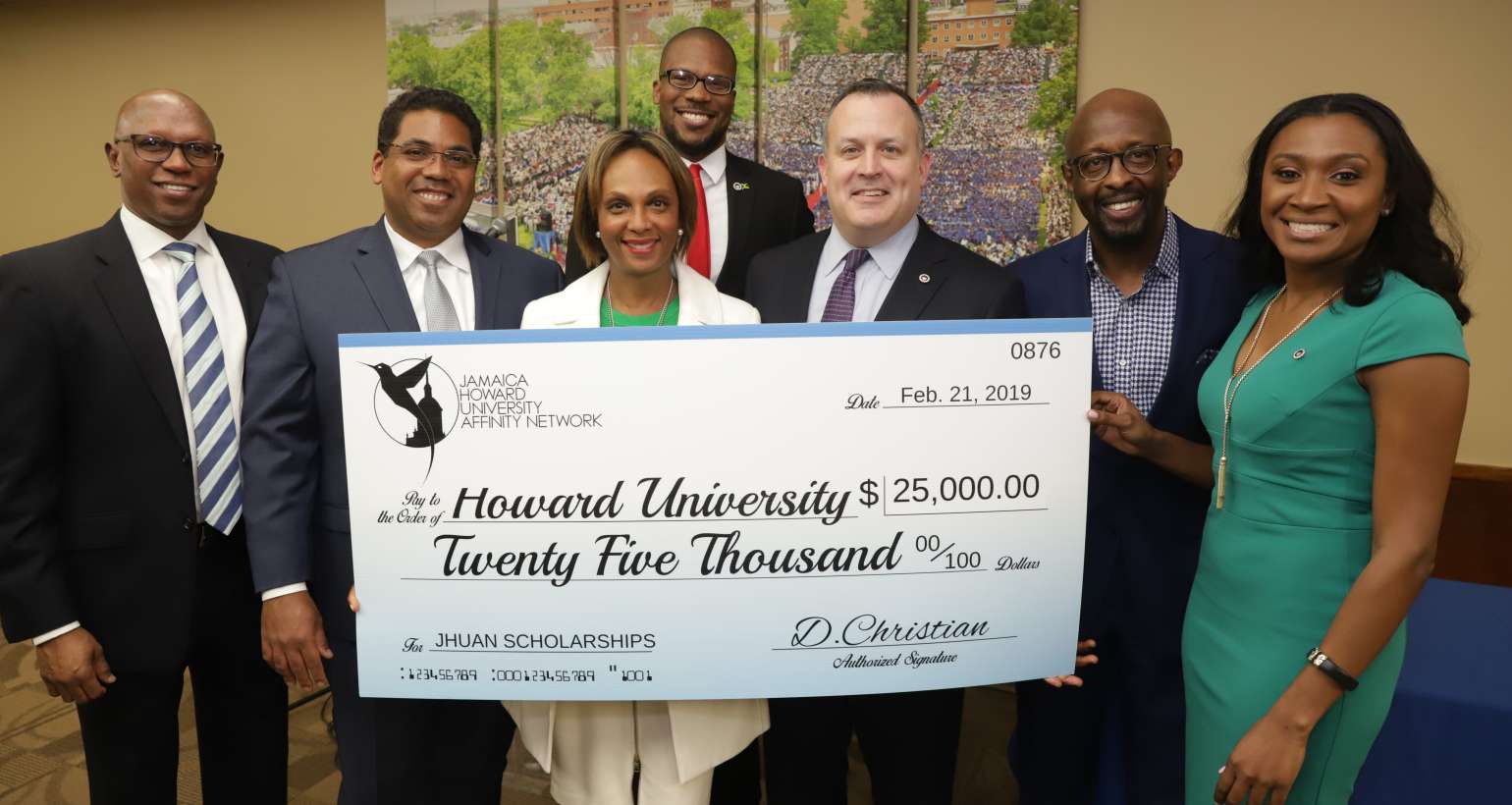